When your school is small and it feels like – for a variety of reasons – the deck is consistently stacked against you – the temptation could be to throw in the towel and give up.  But, make no mistake when you overcome the odds – especially when it’s your 8th grade year – and win……It.Is.Sweet. 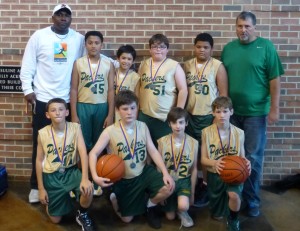 In fifth grade they came so close – only to be denied the Big Win.

Their sixth and seventh grade years were hopeful seasons with disappointing eliminations in the play-offs.

Early on the boys decided eighth grade was going to be their year.  Working hard, they overcame the odds and prevailed. Stubborn? Persistent? Or, just highly motivated?  Probably a combination of all three. Whatever it was – these guys not only took the basketball championship but, made history for our little parochial school (named for St. Paul) and brought home the 1st place trophy for baseball too. 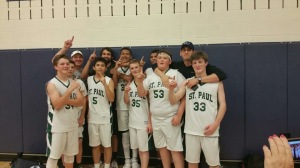 Going to the Championship!

The semi-finals was a game against the #1 team.  Excited about their chances our fans packed the stands and cheered loudly.  It was close but with 1-second left before the buzzer #31, Eli, did a Hail Mary for a 3-pointer, made the shot and won the game.

The championship game brought even more St. Paul fans and another close score.  But, in the end, the Packers prevailed and took home the trophy.  It was one of the best nights of their young lives.

They Won! They Won!

Ben with the basketball trophy and his medal 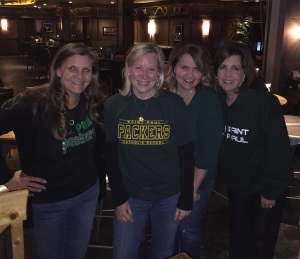 Happy Moms – we were loud and proud

Several of the boys also played baseball and, wanting to make the most of their last season as St. Paul Packers, formed a team. With the basketball season complete they set their eyes on the baseball prize. 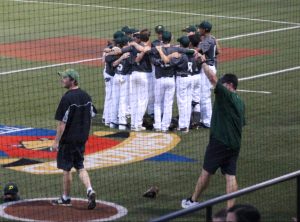 An undefeated season took them to the last game of both the year and middle-school. 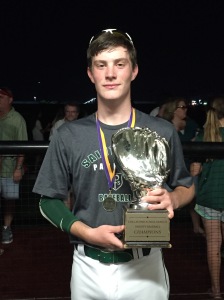 Ben with the baseball trophy and his medal 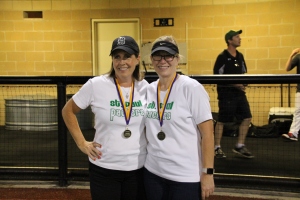 Two championships in one year – these young men made all of us – parents, coaches, friends, teachers and administrators – super duper proud. No question it was a pretty exciting spring semester.

3 thoughts on “Stubborn For the Win”